I​ndustry: Manufacturing including Shipbuilding, Ship Repairing, Submarine Retroﬁtting.
​
OPEN IN MAPS
Founded as the Scindia Shipyard, it was built by industrialist Walchand Hirachand as a part of The Scindia Steam Navigation Company Ltd. The shipyard is relatively compact at 46.2 hectares (0.462 km2)

Hindustan Shipyard Limited is India's ﬁrst and the oldest modern Industrial Shipyard. The shipyard was nationalized in 1961 and renamed Hindustan Shipyard Limited (HSL). In 2009, HSL was transferred from the Ministry of Shipping to the Ministry of Defence. The yard played a critical role in the development of nuclear- powered, Arihant class submarine.

It has a covered building dock for building vessels up to 80,000 DWT. There are three slipways and a 550 metres (1,800 ft) ﬁtting- out jetty. HSL has a dry dock, wet basin and repair delphin for ship and submarine repair and retroﬁtting.
​
The first ship to be constructed fully in India after independence was built at the Scindia Shipyard and named Jal Usha. It was launched in 1948 by Jawaharlal Nehru. 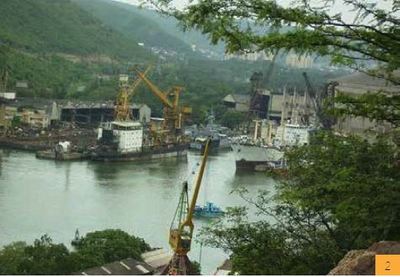 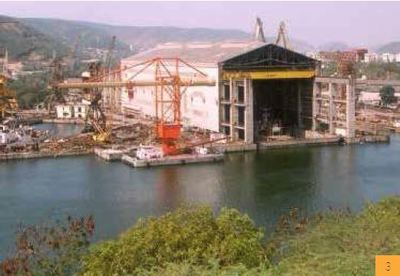 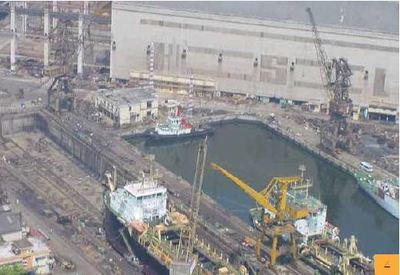