​In central New Delhi, near the upscale Connaught Place shopping hub, the only remaining traditional architecture is an outdoor astronomical observatory built by an enlightened maharajah in the eighteenth century. Jantar Mantar (or Yantra Mandir, meaning “temple of instruments”) is a group of large stone and masonry structures calibrated to chart the movement of celestial bodies.
The surrounding horizon is dominated by the silhouettes of knockoff-brutalist office towers that have been thrown up more recently to accommodate the country’s burgeoning economy. From the center of Jantar Mantar, these blank concrete forms could be mistaken for oversized copies of the astronomical devices—as though they, too, were precision instruments whose heroically vacant surfaces were the geometrical traces of an otherworldly logic. 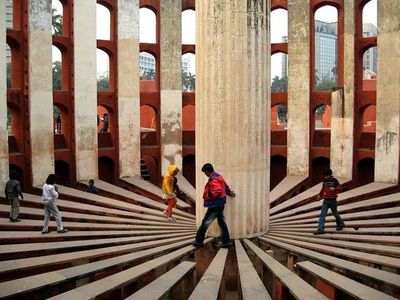 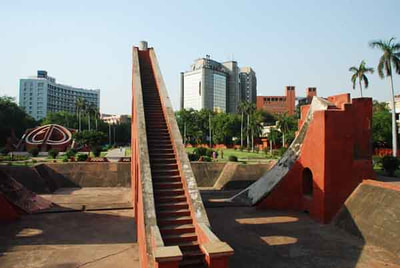 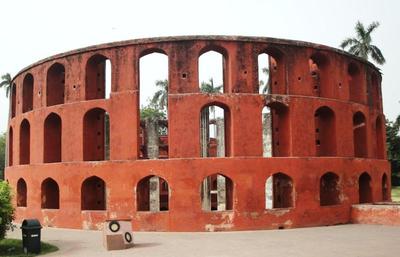 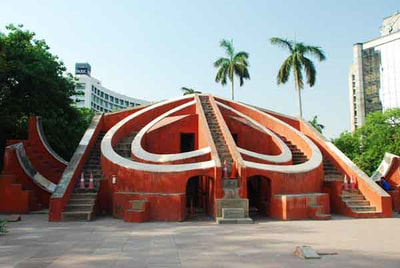